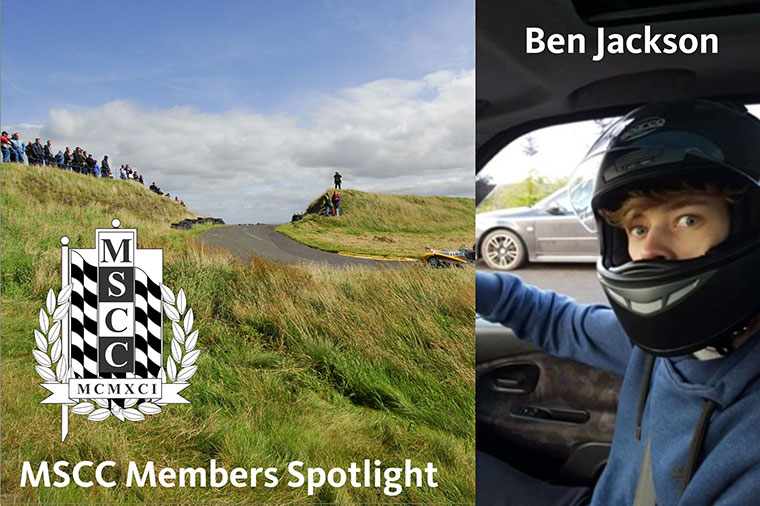 As a new feature, we have decided to pick a club member every month throughout the off-season and ask them questions on their experience and past motorsport history.

We have kicked this feature off with Ben Jackson from Carluke. Ben is 19 years old and has some track experience already. Ben was spotted at one of our members track day here at Forrestburn Hillclimb driving a Citroen Saxo VTS very well. We have previously posted the video of his run on our Facebook and the Club website.

Below is the conversation we had with Ben.

Q. How did you find out about Monklands Sporting Car Club?

A. I found out about MSCC through a friend Robert Stuart who has previously attended the track days in his red classic turbo mini and now the Clio 182. He recommended it to me and my dad as he thought it was one of the best track experiences you could get around here!

Q. What got you into motorsport or trackdays in the first instance?

A. I’ve always been into cars since I was tiny so grew up watching Top Gear and all sorts on the TV. So naturally, the next step was to go and race cars!

Q. Do you have a car and what do you think about competing in hillclimbing?

A. Yeah got 3 actually! 1.1 Saxo as a daily, Peugeot 306 GTi6 as the toy/weekend car (currently undergoing a full engine rebuild done by myself and some others) and a newly acquired Mk2 Astra project. Competing is really appealing to me, to be honest, and if I had the funds I would definitely go ahead. The only thing holding me back is the cost of building a competitive car and all the expenses relating to safety equipment. 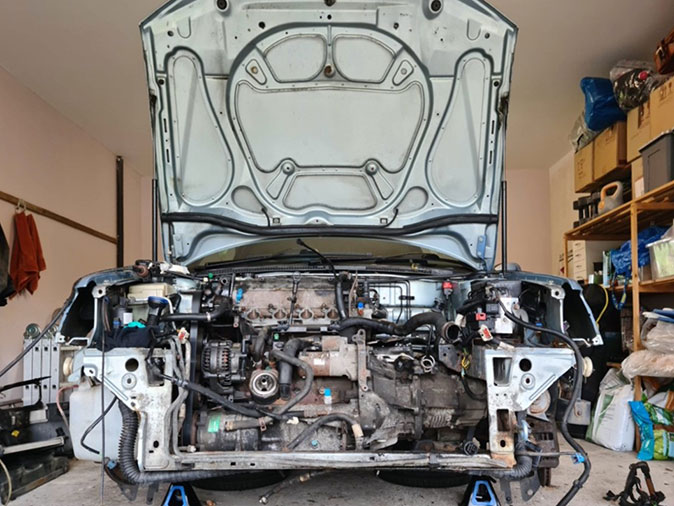 Q. Is cost the only factor holding you back from having a go at the sport?

A. Yes and no. I don’t have much time at the moment juggling a part-time job and university also. Plus having 3 projects myself is a lot! If the cost wasn’t an issue then I’d more than likely be competing. 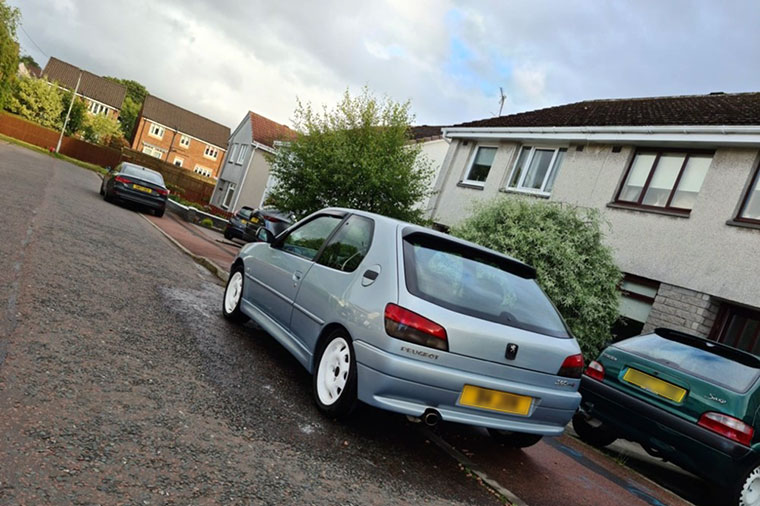 Q. Do you have any other hobbies?

A. Yeah I do a lot of Remote control car racing. I usually race at a wee club called Lothian Radio Controlled Car Club. Basically based on LMP cars, they’re little 1/12th scale electric cars that are raced on a special type of carpet. Setting them up got me into basic real car setup and has taught me a lot over the years.

Q. Sim racing has been the new big thing for younger people these days, especially throughout lockdown. Is this something you have been doing also?

A. Yeah lots! Sim racing has always been a massive thing to me. Been doing it since I was very young. Sim racing definitely taught me everything I know about driving, saving slides like oversteer etc and also car set up too.

Q. Are you planning to attend track days next year at Forrestburn or elsewhere?

A. Yeah I plan on doing as many as possible at Forrestburn, Kames and the odd Knockhill trip too. I would love to get to some tracks down south like Brands Hatch or Oulton Park but need to build the GTi6 back up before I would tackle those.

Q. Do you see yourself getting into circuit racing or hillclimbing if the chance presents its self? Or maybe both?

A. I’d love to do both. There’s quite a popular class that the 750mc Club run and its basically Saxo VTRs with roll cages doing some really close racing. Would love to get into that and also hill climbs too hopefully.

Q. Back to the point you mentioned before about university, what are you studying and what are your career goals?

A. I’m studying Cyber Security. I want to hopefully be in possibly the financial sector doing a cybersecurity role or even better for the government.

Q. Is there anything you think the club could do to reach out to younger people like yourself?

A. I’m honestly not too sure. I think what you have going at the moment is good as a lot of younger people are constantly on Facebook etc so keeping that active is definitely going to help. I think unfortunately with the rise in young people having access to brand new cars means that they are less likely to try these type of events due to having to use them as their sole mode of transport.

Thank you very much for your time Ben, we look forward to seeing you back out at Forrestburn next year with whatever car you decide to bring.

If anyone would like to participate in the member’s spotlight feature email us at trackday@mscc.org.uk and we will get in touch!