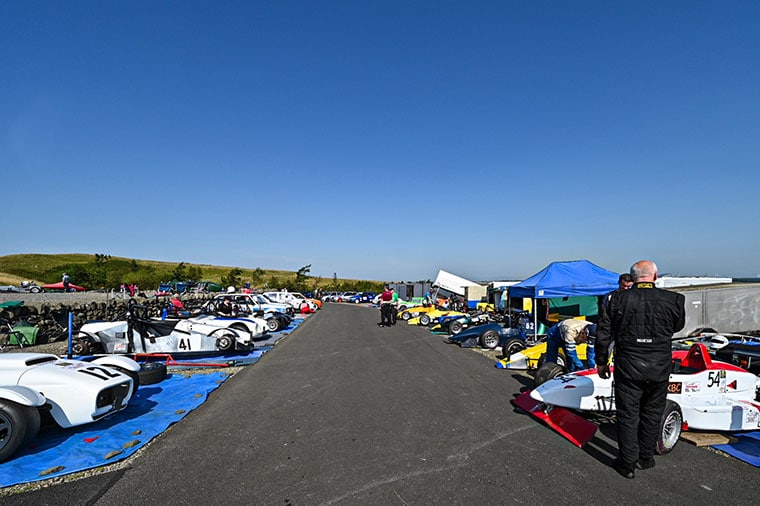 This had to be the best ever weather on a hillclimb weekend at Forrestburn. Warm and sunny with temperatures in the high 20s was an ideal setting for many new class records, general good humour and a lot of sitting around gossiping. What’s not to like?

The Saturday event saw two new class records. David Reid in his Subaru Impreza beat the time set by Jac Koumides of 49.85 on 26 June 2010 in Class A3, setting a new class record of 49.21 seconds. Jim Campbell in a Crossle 12F beat Andrew Paterson’s record in the H99 Class setting a new record of 49.80 seconds. Garry Dickson set BTD of 43.04 seconds and Paul Rhodes set 2nd BTD at 44.37. The Saturday results are available here.