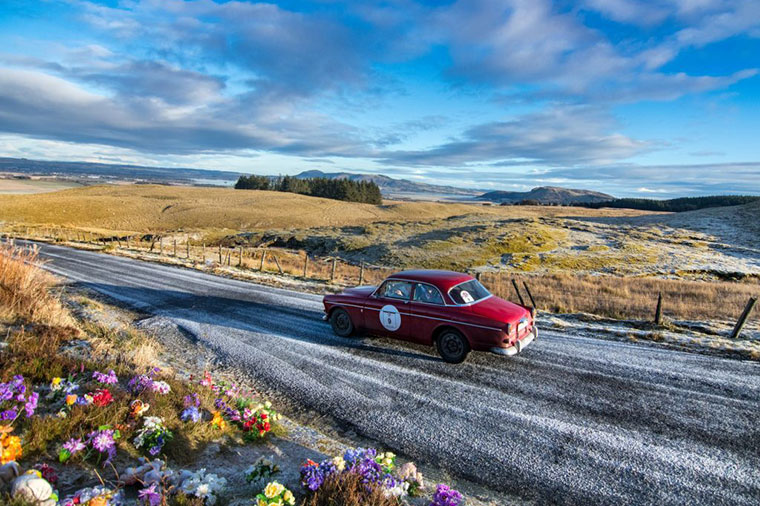 Le Jog 2018 is visiting Forrestburn on Monday 10 December. The venue will be open at 14:00 and will be set up for 15:10 when the advance car will arrive. The first competitor is due at 15:40 and the closing car due at 17:30. The competitor times may vary. If you are interested in marshalling or helping to set up the hill it would be very much appreciated – please let me know. Head torches would be a good idea and lots of warm clothing.

This is an exciting stage of the Le Jog Land’s End to John O’Groats Reliability Trial. To quote the organisers:

Still considered by crews as one of the most demanding and challenging events in Europe and a definite to be ticked on your “must do” events list! HERO’s Land’s End to John O’Groats Reliability Trial is open to cars of a specification built before 1986. Running in December, tough conditions are to be expected, but no-one crosses the finish line without a smile on their face. The event has been tackled and completed by novice crews in the past, however, we would recommend undertaking less advanced events as a preparatory measure prior to competing on Le Jog.

The entry list this year is fabulous as usual – here are some of the entries (although some may not reach Forrestburn!)

Not bad is it? This isn’t a public event but if you want to come along and help you will be very welcome.  See you on Monday afternoon.